Eringah was built in Springwood by John Lawler (see blog entry) in the latter part of the 19th century. The sandstone cottage still exists and is located in Railway Avenue.  Lloyd Hamilton Bunting and his family rented the cottage in the 1960s following the departure of the nuns who resided there.  Later, Lloyd Hamilton Bunting built a family  home on Hawkesbury Road.  Lloyd, an American serviceman, had married Australian born Pauline Prentice.  Anne Kirk (nee Bunting) stated that before the present highway was built,  the property stretched across to what is now Jim Aitkens Real Estate (previously Harry New's garage) The photograph below shows 'Eringah' when the Bunting family lived there and before the Bundah family erected the tower which can be seen from the highway today.
Pamela Smith
* The photograph is courtesy of Anne Kirk (nee Bunting)
Posted by Pamela Smith BA (Hons) Hist. Adv. Dip. LFAH at 1:39 PM No comments:

'Maadi' is located in Charles Street, one of the oldest subdivisions in Springwood.  Originally part of the Hon. Charles Moore's extensive land holding - where his mountain home 'Moorecourt' was constructed - Charles Street is one of the prettiest and most sought after locations in Springwood lined, as it is, with mature crepe myrtle trees and other period cottages.
Built c1918/1919, the weatherboard cottage has had limited owners.  Mary Price, the first, purchased the land from real estate agent Mr Godfrey and erected the cottage shortly after.  (Mary's name has been immortalised on the reverse side of the timber mantle in the lounge room)  The Acland family were the next owners until Miss Irene Acland sold the cottage to the present owner and moved into a retirement village approximately 20 years ago.  Period features like timber lined walls, high ceilings and six inch floorboards remain unchanged in the original cottage.  The present owners erected an addition to the rear of the property in 1994.
The name of the cottage is somewhat obscure however given the age of its construction it is feasible to suggest that it has some connection to World War One because Maadi - in Egypt - was the site of the Australian Light Horse camp. 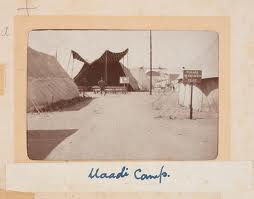 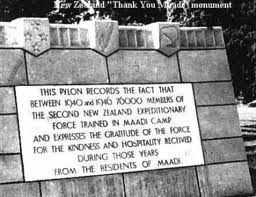 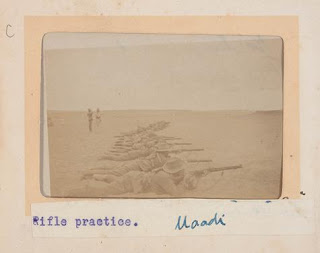 Interesting facts: Maadi (sometimes spelled Ma'adi) is the name of one of the first fully excavated predynastic sites in Egypt and the site for Maadi culture.  It is located on a rocky ridge next to the Nile River floodplain.